Scroll to Top
Categorized as
2153
Related

Christmas is a wonderful time of year. It’s the time to catch up with family and friends, new and old. If you’re lucky you’ll have some time off work to enjoy the holidays and spend time relaxing at home with the children. Then you have all the traditions: putting up the tree and decorations, the delicious Christmas dinner with turkey and all the trimmings, and the giving of gifts. Then there’s the other tradition, watching television. Well, these days, we don’t have to check the paper to find out what’s showing on Christmas day, we just get adverts to prewarn us of the awesome things coming to our screens. And it’s all based on connected TV advertising! It wouldn’t be a proper Christmas if we didn’t all sit down and enjoy some lovely festive telly, would it? 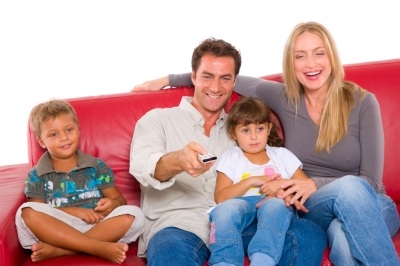 Afternoons in Front of the TV Screen

There will probably be a few readers frowning at the thought of TV making it as a tradition but there’s no denying it. For many families a significant proportion of the festive holidays are spent enjoying Christmas shows. Channels help some people get into the spirit, showing popular movies in the run up to December 25. Then there are the specials, much loved shows create lengthened programmes that offer excitement, drama and plenty of entertainment.

Christmas afternoon often involves the TV screen. After eating far too much dinner and desert the family often congregate in the living room. The television is switched on while children investigate their toys and video games. There are films to watch, soaps and plenty of comedies. These afternoons are often engrained in our memories; all sat together feeling full and content while enjoying the entertainment that is available in the home.

The problem is often the best shows are now shown on paid for television subscriptions, which can be expensive. You could pay almost 100 per month just to get access to Christmas films and shows simply because the usual five channels have little to offer anymore. This added expense may put the fun of watching television together as a family out of reach and leave you feeling as if you’re missing out on the best films to watch on Christmas Eve or Boxing Day.

The good news is you don’t have to stretch your budget or go without to enjoy digital television. Digital television offers a lot of choice. You have many channels available for free via Freeview and on demand channels such as BBC, ITV players and 4OD. Televisions are also able to help you connect to streaming services provided by NowTV and Netflix, but this will ultimately depend on the type of television that you have. But if you were to look at the options that are available to you from places like VIZIO, you are bound to find one that allows you to stream the many different services to your big screen. Watching movies and shows really has never been so simple and you’ve never had so much choice.

No Need for a Satellite Dish

If you’re already excited about buying your Christmas edition of the Radio Times you’re not alone. There’s nothing wrong with making the most of your time off by enjoying the tradition of television during the festive season. It’s comforting, relaxing and brings the family together. Now with digital television it’s easier to keep everyone happy and there are even more shows available.

You don’t need a satellite dish or expensive subscription in order to be offered a lot of channels anymore. Digital TV and broadband packages are now very affordable and provide loads of great channels to spend time watching over the holidays. The different packages ensure everyone is able to make the most of these services, with options for all budgets and households.