Scroll to Top
Categorized as
2123
Related

Eating healthy on the go

Organising a killer barbecue – everything you need to know

It’s been a hotly-debated topic in recent years. Basic biology tells us that yes, humans are meant to be omnivores, but as our knowledge of nutrition has evolved, we’ve come to understand that it is possible to live a healthy life without consuming meat.

Firstly, the key word to keep in mind is “balance”. Balanced nutrient intake, which respects the body’s needs, is key for any diet. Often, omnivores may focus too much on the intake of large amounts of red meat, which can raise triglycerides and cholesterol – and not leave room for valuable plant nutrients, like fibre and vitamin C. And similarly, many vegetarians might miss out on valuable iron and protein, necessary for energy and muscle growth.

Many of the problems associated with a vegetarian diet aren’t from vegetarianism being inherently inferior to a diet including meat, but simply because some people don’t realise which foods should be consumed in order to get the nutrients more often derived from animal sources. 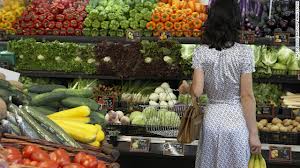 Finding vegetarian versions of animal-obtained nutrients is therefore the most important part of a vegetarian diet.

Fortunately, as nutrition experts dig deeper, alternative sources of nutrients are being found for vegetarians. And often these sources have been consumed by the vegetarians for centuries, but only recently has it been discovered why these sources are great vegetarian alternatives. Tofu is perhaps the most famous one – protein derived from the soybeans. Nuts and mushrooms also make up the shortfall, however these sources may not be as protein-rich as steak. On the plus side though, nuts and mushrooms are cheaper and can be consumed at a much higher rate, with fewer drawbacks. Mushrooms also have a variety of other health benefits. For example, turkey tail mushroom benefits include improving skin health and reducing cholesterol.

Iron is another key nutrient often missed out in a vegetarian diet. Fortunately, dark, leafy green vegetables like broccoli, spinach, and that trendy super-food kale, offer sufficient iron. Another interesting source of iron is…your cooking pot! Iron in useful dietary quantities has been shown to leech out of cast iron cookware and into foods cooked in it, and is recognised as a valid source of iron. In fact, in Cambodia, a small ingot of iron has been distributed to locals suffering from iron deficiency, to be tossed into cooking pots as food is simmering. The small, fish-shaped token then infuses the food with iron.

While these are a few examples of what you should consider if you choose to go vegetarian, that’s not the overall point of this article: the point is to get you thinking about proper nutrition and plugging the holes, so to speak, that can easily be left in your diet if you go vegetarian. Vegetarianism is not about simply removing meat from your diet; rather, it’s about finding a way to get a balanced diet from a different foods. It also pays to consult with professionals from places like Chi Of Life health retreat to map out a new, tailor-made diet just for you. It’s perfectly possible to not only be healthy, but healthier, on a vegetarian diet, so it’s worth giving it a shot!