Scroll to Top
Categorized as
2821
Related

Arr Matey! So your son or daughter has picked the chosen theme for their next big birthday party and the theme is…Pirates! Pirates make a great theme because there is so much diversity when it comes to the direction you want to take in organising a party. A pirate themed party is even good for the whole family, as it is not hard to find suitable roles and costumes for mum and dad to get into! 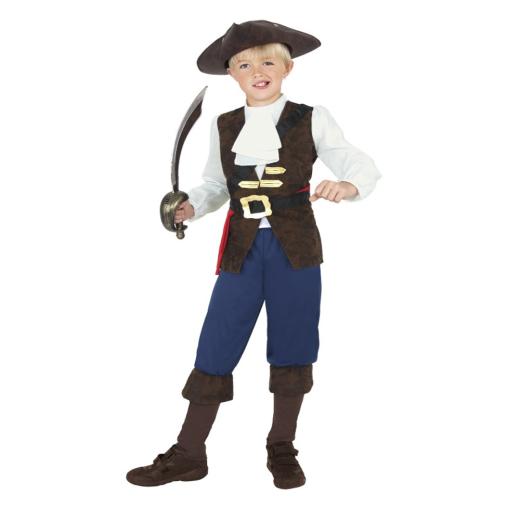 Pirate parties provide a huge scope of opportunities to use your imagination with building up the nautical scenery, creating lots of fun games and competitions for your guests to involve themselves in, making delicious pirate-themed buffets and snacks to nibble on. You can even add some special challenges for the adults to participate in throughout the day, little things such as ‘talk like a pirate all day’ or ‘end every sentence with ARRR’, as it will keep the adults entertained and the kids will love it.

Whether your little Captain Bluebeard is planning a raid on other ships or they have been ‘washed ashore on a desert island’ and have to look for buried treasure, there are certain things that no pirate party would be complete without! Setting the scene is incredibly important for a pirate themed party as it will be the first thing you look at when you enter the venue. Set the scene with an impressive pirate ship or a chest of sunken treasure, and your guests will quickly settle into the swing of things and leave their landlubber roots behind!

Treasure Maps and Pirate Gold!
It is incredibly easy to get fake pirate gold from costume stores or online, and with a huge variety of coins available you can really create a diverse pirate party atmosphere by spreading pirate gold coins around your venue! You could even fill a small pit with sand and bury a special treasure chest there, filled with chocolate gold coins for the lucky buccaneer who happens to come across it!

Treasure maps are also a great feature for a pirate party. Get them from online stores or make your own and turn your whole venue into an ancient treasure hunt. Make sure to provide enough treasure maps for at least one per guest – and a few spares in the event of an accident! – as it gives them something special to take home (particularly if it is a home-made map).

Inflatable Scenery and Props
Want to recreate a desert island scene? Set the scene with some hilarious inflatable palm trees and coconuts! You can find them in a variety of sizes and as they are normally used as pool floats most palm trees will be able to stand on their own just fine!

Add to the fun with some hilarious inflatable pirate swords for sword fights and competitions, or rule the roost with a colourful inflatable parrot. Inflatable scenery and props are also great for younger children because they can run into them or bash them around and not get hurt. ‘Tis all a bit of fun matey!

Food Decorations
No swashbuckling pirate party is complete without a bit o’ grub to chow down on after a long day spent sailing the seven seas and hunting for treasure. Make your buffet table a little bit more interesting with some classical pirate skull and crossbones mugs. Decorate the table with little chests or even use medium sized chests as containers for sweets and crisps! There are plenty of pirate cutlery sets complete with pirate flag napkins and souvenir eye patches for the kids to wear.

If you want to give the guests a little goody bag for them to take home, why not a treasure chest party box? You can pack it full of pirate themed sweets and gifts such as pencils, notepads, pirate flag and sweets and the little buccaneers will be so happy to have their very own pirate chest you’ll have everyone leaving with big smiles on their faces.

Half of creating the perfect pirate party is setting the scene and choosing the perfect pirate decorations for your party. Now all you’ve got to think about is how to properly kit yourself out as a true sailor of the seven seas with an authentic looking pirate costume. You all know this to be true!