Scroll to Top
Categorized as
3168
Related

If you have children, it is likely that they will start to drink alcohol at some point in their lives.  This is something you have to be able to discuss with your kids, not in the least to reduce the risk of drink driving incidents.  To help you prepare to have this conversation, there are a number of facts and figures you may want to know. 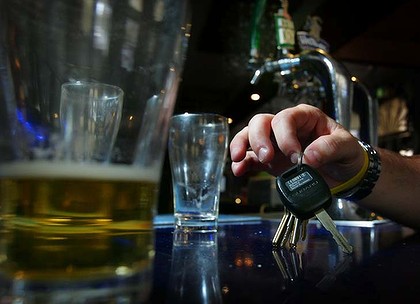 When we consider that around a quarter of all young people between the age of 12 and 20 consumed alcohol in the past month alone, it goes without saying that there is also a pretty high percentage of drink drivers in that age category.  It is, in fact, true that drink driving amongst underage drinkers is higher than in any other age category.  The worst offenders are young boys, with 28.8% admitting to drive whilst intoxicated, versus 27.4% of female drivers.

How Do Underage Drinkers Get Alcohol?

One thing that baffles many parents is how their children are able to get their hands on alcohol.  Some recurrent issues still exist around fake identification, but most of the drinks underage drivers get their hands from come directly from people they know.  There are times when they take it from their parents or other friends and relatives without their consent, but it is also regularly given to them consensually.

Armed with this information, you should be in a position to have a serious conversation with your children.  At the same time, however, you should perhaps do a little bit of soul searching about the role you play in their alcohol consumption as well.  Although giving drinks to minors is an offence, it does demonstrate that the minor will actually drink less.  Furthermore, if you are there with them, you can stop them from taking their vehicle afterwards.  Your role as a parent, however, is to keep your children safe and to stop them from making any serious mistakes – such as drink driving.  Some parents are now starting to put their children on drink driving courses as standard, which can have a very positive effect.

Jane Spencer is a renowned author of all things law related. She often refers to http://www.olliersmotorlaw.co.ukfor advice on driving offences.