Scroll to Top
Categorized as
2129
Related

The traditional view of parenting is a child needs both a mother and a father for healthy growth and development. However single parent adoption has become more accepted lately. Many single people feel that the tradition is bias and unfair. Many single parents have experienced being put at the bottom of the pile for the adoption process and have had their requests overlooked. 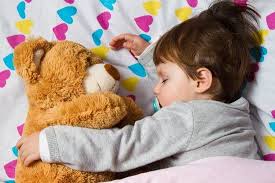 Single men in particular are asked intimate questions regarding their sexuality and living arrangements, and despite qualifying may still be refused. There is a Single Parent Resource Centre supporting single parent families in New York.  They started in 1975 as a small program of the Community Service Society. The not-for-profit organization develop strategies for single parents and their families, support improvements in social practices and promote a positive image of single parents.

There is also the National Council for Single Adoptive Parents who provide advice and support with placing parents, legal resources and foster care. They outline what agencies look for and how to go about adopting.

There has been a negative image representing single women who would like to adopt, they can be seen as selfish for not providing the adoptive child a father, according to some critics. The media has fortunately been attempting to raise positive awareness of single parent adoption. As with a couple looking to adopt, single parents can take advantage of the internet to provide support and guidance when they step foot into their new role, they can gather necessary information.

One example of a single parent adoption case is Karen who is 38 years old and a British single mum who works full time. Karen champions the positive image of single parent adoption. Karen recognised the fear of many singles who think they can’t handle adoption because they’re on their own. But what she highlights is focusing on what one can offer the child and proving you can fit the child in your life. Karen has managed to be a single mother for Crystal after going through the adoption process through an agency, who she claims to have supported her for the first year with an adoption allowance.  The single mother advises others to be honest and open about their financial situations and to ask lots of questions throughout.