Scroll to Top
Categorized as
1575
Related

It’s been mentioned before on this blog that when it comes to parenting, it would be a futile exercise to try and establish an explicitly defined right and wrong way of parenting. As the decades wore on and turned into centuries however, a general set of parenting techniques have come to be somewhat standardised and accepted as being normal. Generally, there is a mainstream way of parenting which is made of emergent conventions which would largely be accepted in most societal spheres. For instance the traditional family structure would typically be represented as having a man who is the father figure and husband, a wife who is somewhat domesticated and is the nurturing mother to her children, and perhaps two kids – a boy and a girl. 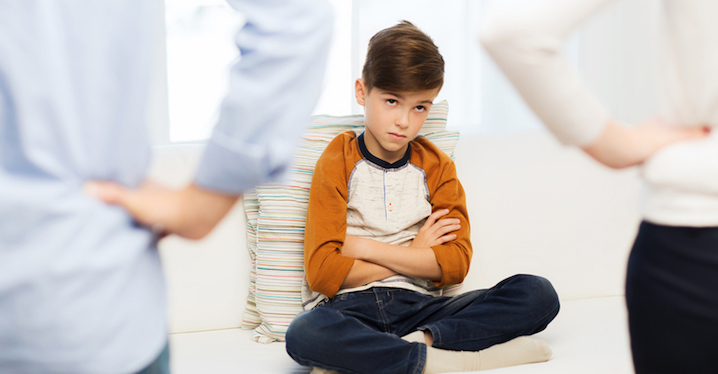 Conventional parenting techniques aim to teach children wrong from right and generally relay to them the conventions set up by society, such as how to eat, how to interact with other people, what’s appropriate behaviour at the various stages in their lives, etc. In the true spirit of natural selection however, not all parents conform to what they view as societal constraints imposed on them as parents and their children. By extension, these conventions perceived to be societal constraints set the tone to govern how these children should conduct themselves as they grow all the way to adulthood. Some liberal parenting practices are often perceived to be taboo however and we explore some of which we find most interesting here:

Liberal parents tend to express their anti-establishment beliefs in a big way, such as unconventional naming conventions. Parents who themselves weren’t all too happy about the names their own parents gave them might have struggled a bit in the past to change their names, but since it’s now much easier to change one’s name or to change a child’s name, these liberal parents go as far as allowing children to rename themselves a little later on in their childhood. Society’s only just beginning to accept unconventional children’s name such as hippy names, but allowing a child to reconfigure or completely change their name as they grow is still considered a very big parenting taboo.

There’s a lot of rather disturbing noise being made about breastfeeding in public. If the natural act of breastfeeding, but doing it in public, is itself still considered a taboo, then you can bet your house that allowing children to self-wean is definitely a taboo parenting technique. Some liberal parents will let their children breastfeed for as long as they want and since it’s not something which happens too frequently, five-to-six year olds who take a periodic pause for some mommy milk will almost always draw some curious, if not disapproving stares.

Some parents are of the view that children know a lot more about subjects such as sex, violence, nudity, strong language and prejudice than we give them credit for. It is considered a bit of a taboo to let children watch age-restricted programmes and movies which parents have been advised not to expose them to at their age, but a liberal parenting belief is that that’s the perfect platform through which to learn wrong from right and perhaps to get exposed to the harsh realities of life from a “safe” view.